Two superb ways to reach people who can give through the federal charity drive….ways that most CFC charities don’t know about 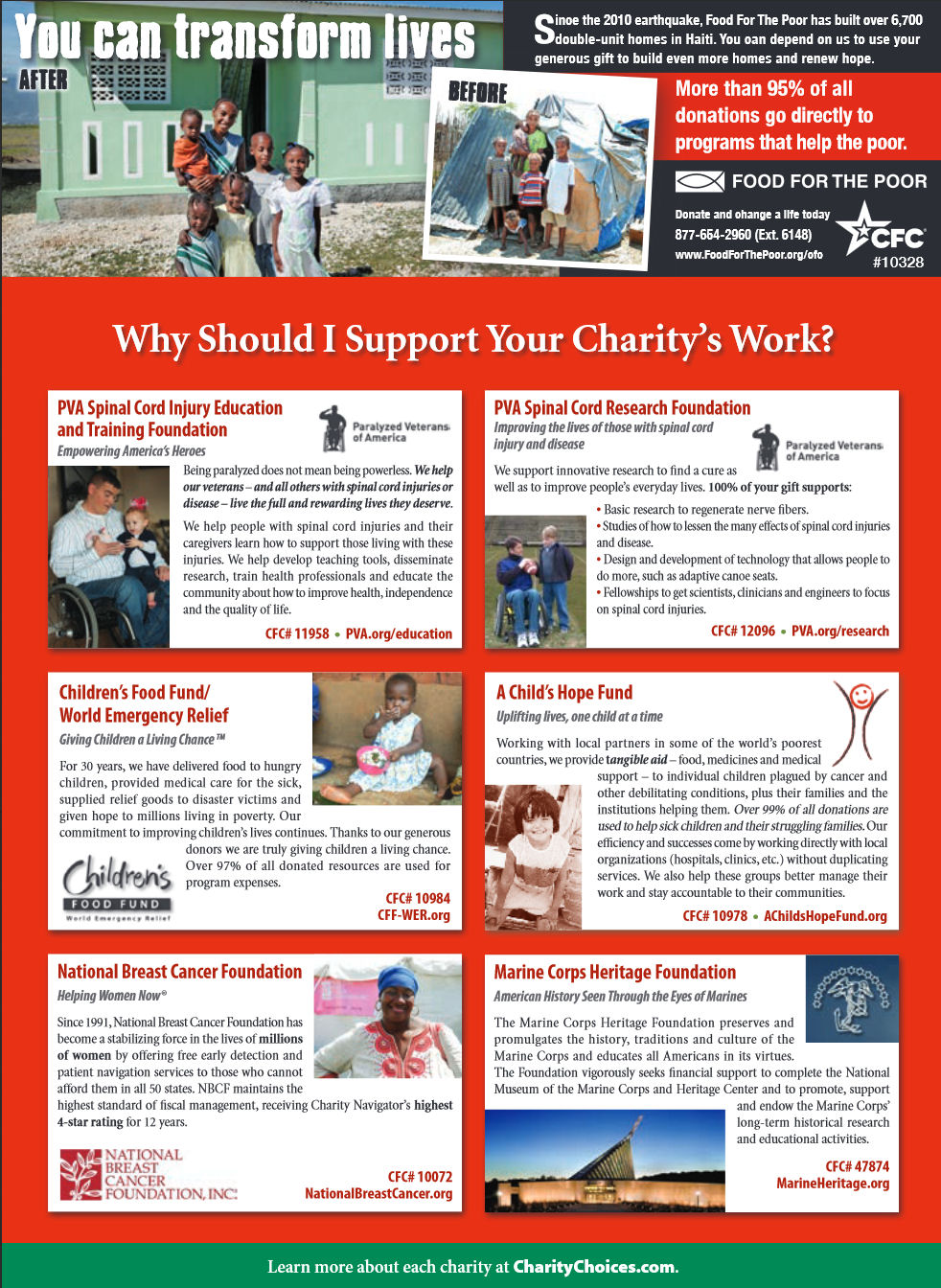 Over the years we’ve tried many ways to reach Combined Federal Campaign donors, by far the biggest challenge of raising money through the federal charity drive.  Besides our own CFC charity guides, two ways have stood out.

One is a great way to reach federal employees: Recreation News, a monthly that focuses on things to do in the mid-Atlantic region.

The second is a great way to reach military personnel and their families: our Military Insert, a page of full-color ads that is handed out at commissaries on nearly 250 military bases across the world.

They have three things in common:

Recreation News is the official publication of Government Employee Associations and MWRs; which is why it can be delivered inside nearly 200 federal and military offices. Our Military Insert is distributed by MaxiSaver, a company that can distribute a small book of coupons at commissaries on military bases across the world.  It mostly hires family members of military people stationed at each base.

We know most CFC charities don’t have big CFC promotion budgets, which is why we've always focused on economical, effective ways to reach CFC donors.  Most if not all the people these two options reach can give through the CFC, which makes them very efficient.  In contrast, only about one in four Post Express newspapers go to potential CFC donors.

Recreation News goes each month to more than 75,000 military and federal employees, mostly in the Greater DC area. It is distributed at nearly 200 offices and military base facilities, an impressive list that reflects the broad range of federal and military agencies.  Copies get snapped up because of its content – guides to things like mid-Atlantic wineries, nearby beaches, local skiing areas, etc.  It is packed with ads for vacation destinations, but not ads for CFC charities.

Both our Special Section in Recreation News and our Military Insert are distributed throughout October, peak time for CFC campaigns.

Plus, when you sign up for either option, you get a page in our new website for a full year for free. When you sign up for our special CFC section in Recreation News, your charity is also highlighted at least one time in its Weekend Update, which goes to nearly 40,000 military and federal employees, using internal govenrment servers (which means this email actually gets to people at their workstations).

How Promotion Impacts CFC Giving: The ‘Wounded Warrior’ Phenomenon
One of the most noteworthy developments in the CFC during the past few years has been the rise of the Wounded Warrior Project, which has...
How does the CFC work?
The Combined Federal Campaign takes place every fall, usually from mid-September through December. Employees receive a pledge card and...
Where to Give Away Your Stuff in the DC Area -- List of Charities that Accept Donations