Serving Our Nation's Service Members and Veterans with Honor and Respect

As America leaves Afghanistan and Iraq, these countries will never leave many veterans who fought there.

The founder of the National Association of American Veterans, Constance Burns, was appalled by the struggles of so many recent veterans.  During a visit to Walter Reed National Military Medical Center in 2005, she realized that veterans and their families need basic help – someone to talk to, someone who can help when rent or a utility bill is overdue, someone who can navigate the bureaucracy to help them get benefits they deserve.

This and more is what Burns and her 30-40 volunteers and supporters have done every day since NAAV began. The group handles more than 14,000 calls for help every year.

“When people come to us,” Burns says, “it is as a last resort.  We have to make things happened for them.”  With an overhead of just 2.4%, donations go straight to veterans and their families, in ways that make a concrete, often immediate difference in their lives.

NAAV has sponsored a guided imagery program, “Managing Stress and Anxiety Through Guided Imagery,” by Diane Tusek, a Noted national expert. Guided Imagery is a relaxation technique used to ease stress and anxiety during a stressful or difficult time in someone’s life. Guided Imagery is also recommended for the caregivers of adults with chronic and disabling health conditions.

In 2007, NAAV was instrumental in getting support for caregivers of veterans in the final recommendations of the President’s Commission on Care of America’s Returning Wounded Warriors which became Public Law 111-163, The Caregivers and Veterans Omnibus Health Services Act, on May 5, 2010.

In 2008, NAAV was successful in getting the Guide to Healthy Caregiving published by the Quick Series Publishing in Florida in support of caregivers of veterans. This booklet was later adopted by the VA Caregiver Support Program in 2011. NAAV founder and chief executive officer serves on the DC VA Caregiver Support Program Advisory Board as the Community Liaison in support of its programs for veterans and their families in the greater Washington, DC Capital area.

NAAV Military Family Program seeks to ease the burden of caregivers who are unexpectedly thrust into the caregiver role. We do this by providing coaches and trainers to equip them with tools, training and resources they need to become effective caregivers.

NAAV works with leaders in the military and civilian community to build partnerships for the association. Aside from the large metropolitan and urban areas, NAAV has concentrated assistance efforts to rural area and southern communities, with outreach to returning soldiers and veterans in Alabama, Georgia, North and South Carolina, Mississippi, Louisiana and Texas. NAAV assists veterans of the United States armed forces become eligible for a broad range of benefits, claims and services provided by the Department of Veterans Affairs (VA).

Through respite care for caregivers, we provide a much needed break so these individuals can continue to support their loved one.  The Emergency Assistance Resource and Referral provides veterans and their dependents with guidance and support to help them connect with agencies that can handle emergency situations.

Veteran Employment and Training assist veterans that needs job training/placement and a resource for where job postings are updated weekly.

Homeless service members and veterans are a major concern with NAAV. We are committed to educating and helping eligible men, women and children find and maintain affordable housing.

NAAV is committed to assisting eligible service members, veterans, and their families experiencing financial hardship. An emergency assistance referral may be provided to help families during their time of need. We provide counseling, real estate/personal financial assistance through one of our partners, as well as housing assistance and medical care information.

In 2015, NAAV was honored by First Lady Michelle Obama and Dr. Jill Biden at the Vice President's Home, in recognition of NAAV's support of military families nationwide.  In the same year, NAAV president and CEO received a Congressional Award of for work in support of homeless Veterans nationwide.

In June 2016, NAAV was honored by the Veterans for Foreign Wars with the "Commitment to Service Award" at their 83rd Convention held in Arlington, VA.

In September 2016, NAAV received the "Certificate of Appreciation Award" by the Director of the DC VA Medical Center.

In 2021, NAAV was one of the four awardees honored at the Black History Month Celebration at the Joint Base Myer-Henderson Hall Gospel Service, Fort Myer, Virginia, demonstrating dedication, leadership and excellence in Veteran's advocacy and healthcare services.

From 2015 to present, the founder, president, chief executive officer and veterans' service officer of the National Association of American Veterans, Inc., has been recognized by the Worldwide Who's Who for demonstrating dedication, leadership and continuous support for those who served and are serving in the U.S. Armed Forces worldwide.

In 2007, NAAV’s president and chief executive officer served as advisor to the co-chairs for the President’s Commission on the Care of America’s Returning Wounded Warriors and the Mental Health Task Force for the Post-Traumatic Stress Disorder in 2007 in support of our nation’s service members and combat veterans.

In 2007, NAAV president and chief executive officer introduced an outline and text for a Guide to Healthy Caregiving, which was published by Quick Series Publishing in 2008 and later adopted by the VA Caregiver Support Program in 2011 for all caregivers of Veterans nationwide.  This Guide is based on NAAV’s president and chief executive officer’s over 20 years of caregiving experience and work with civilian and military caregivers nationwide.

NAAV is one of the founding partners of the Veterans History Project.  NAAV received a Congressional Award for work in support of Homeless Veterans nationwide in 2015; 2015 honored at the Vice President’s Home by First Lady Michelle Obama and Dr. Jill Biden for outstanding work in support of military caregivers of Veterans nationwide; Received VFW “Commitment to Service Award” in 2016; VA Certificate of Appreciation for commitment and dedication to Veterans and service members as a VA Community Partner in 2016.   In 2017, NAAV serves on two VA Task Forces for the Secretary of Veterans Affairs, namely Suicide Prevention and Veterans Health Administration in Washington, DC to name a few.

NAAV is a 501 (c) (3) nonprofit veterans’ service organization since its inception in 2005 and our administrative costs is under 4 percent.  All donations are tax deductible to the fullest extent of federal law. 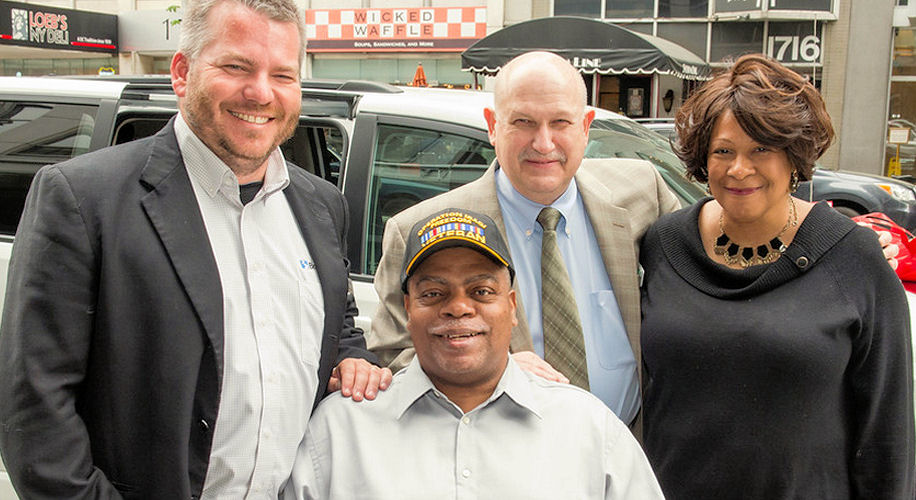 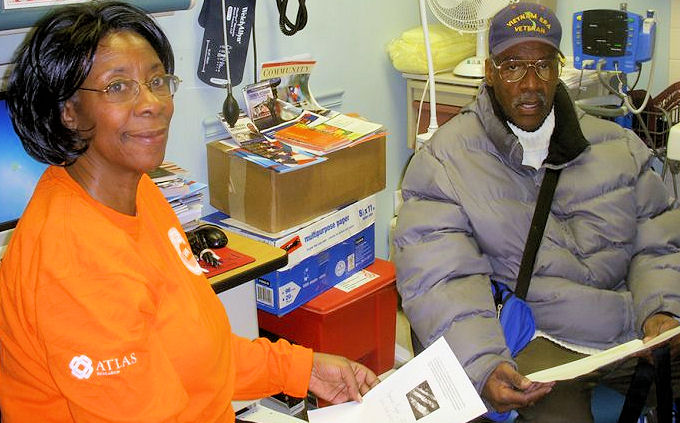 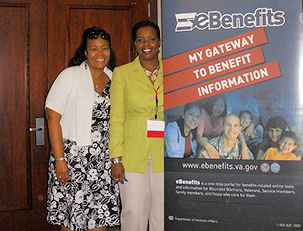