As the CFC works to fix the many problems with last year’s campaign, it appears to be on schedule to get this fall’s campaign started on time 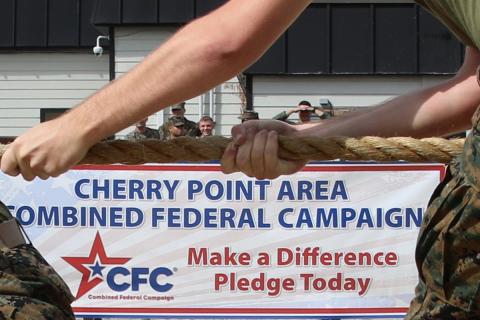 The 2018 CFC fall campaign is far ahead of last year’s campaign schedule, a good sign that this year’s CFC will be much more successful.  Last year’s campaign plummeted nearly 40%, a loss of more than $65 million for charities.  One key reason: the campaign started far later than normal.

Our recent article laid out the reasons last year’s campaign struggled.  Most stemmed from the challenge of implementing the biggest changes in the CFC’s history, a challenge that led to major campaign delays.

Once appeals are done, charities will have two weeks to pay the CFC’s “listing fees.”  For large national charities, that’s $1755, $515 less than last year.

The CFC office says that the final list of eligible charities may be done by August 10.  That would be more than a month before the list was released last year.

Once the list is done, then the regional CFC campaigns can print their catalogs of eligible charities and the new online giving portal can start testing its search engine.  This testing process will take about a month.

This would mean that the giving portal may be ready by mid-September, which is usually when the earliest CFC campaigns start.  Last year, the portal wasn’t opened until Oct. 16, and even then it had major search engine problems.  Many agencies didn’t actually start their campaigns until November.

The campaign among retirees – who could give through the CFC for the first time last year – started even later: in December.  The pledge form had to be approved by OMB.  As a result, only about $500,000 was raised from millions of newly eligible retirees.

The late campaign start was especially devastating to campaigns on military bases, which have traditionally started and ended early.  The number of military donors plunged, from an estimated 184,000 donors in 2016* to just 54,652 in 2017, a drop of 70%.

Improving Online Giving through the CFC

The centerpiece of the CFC’s massive changes last fall was supposed to be the new, centralized online giving portal.  The CFC’s leaders said this would bring the campaign into the 21st Century.  It would make giving easy from anywhere in the world and greatly lower the cost of collecting the money.  Indeed, the CFC stopped collecting cash donations last year because of the processing costs, even though around $20 million a year had been given through cash contributions.

The new web portal itself was seen as a good thing by nearly all CFC stakeholders, unlike many other changes.  In the past, each local CFC campaign maintained its own website, each with its own domain name.

Unfortunately, creating this new web portal was a massive undertaking.  And it wasn’t close to being ready when the CFC campaign normally begins.  It did work, accounting for 72% of CFC donations.  But there were many problems.

Since January, the CFC has been working to fix these problems.  The office believes the experience will be much smoother this year, for both donors and charities.

Still other charities didn’t come up if someone was searching for charities in a particular city, since the search engine didn’t search on the charities’ actual addresses.  Instead, charities’ locations depended on the locations of their CFC federations.

If donors searched on certain words, say “art,” they would get charities with “Earth” in their name, since “art” is part of “Earth.”  Same with “cat” and “education.”

“Faced with the embarrassment of a search system that would simply not search,” wrote Marshall Strauss, head of the Workplace Giving Alliance, “the government…scrambled to fix the most egregious failings.  More time was lost; more potential donors just gave up.”

The CFC has been meeting with federations and charities to fix most of these search engine problems, starting with a full-day meeting in January.  It’s adding new search fields.  It plans to provide more pop-up instructions for donors.

“We’ve been working to make it work,” said a CFC spokesperson.  “Will it be perfect?  Probably not.  We’re not Google.  But we’re working on solutions to the problems people had.”

For donors, in addition to the problem of finding charities, the online pledge form didn’t correspond with the paper pledge cards that donors used in the past.  The big difference was that the form asked employees to divide up their donations among charities by percentage, not amount.  An employee could specify that one quarter go to Charity A, one quarter to Charity B, etc.  But most donors are used to giving a specific amount to a specific charity.  This year, they’ll be able to do this.

There were also problems with getting the ID number of an employee/donor’s agency.  This is critical because pledges get processed through an employee’s paycheck.  This is also being fixed.

Another huge change in last year’s CFC involved the people running the local campaigns.  The campaign’s organizational infrastructure was nearly completely replaced.  In its place, the CFC created 37 regional campaigns, each staffed by an Outreach Coordinator.  Some of these regional campaigns covered several states.

Each region chose an Outreach Coordinator by contracting with one of five private government contractors (only one of which had run a workplace campaign).

Setting up this new infrastructure was another huge task that took longer than anticipated.  According to the regional campaign websites, web training for “keyworkers” and managers didn’t take place until mid-November.

About half the Outreach Coordinators are under contract as of mid-July.  The other contracts are being reviewed.  A list will be released at the end of the process.

One key requirement: Outreach Coordinator staff are required to be located in the region, not in the DC area (where most of the contractors are based).  Training of keyworkers and managers will also be done in the region as well as on the web.

With Outreach Coordinators in each region, the CFC office expects there will be more charity fairs and other events this fall.  Each region’s website is one source of information about these events, though last year the regional websites varied greatly in relation to how much information was available.

The CFC will continue to print catalogs of eligible charities that include descriptions of their work, though it will be cutting back on the numbers.  The same is true for paper pledge cards, used by 22% of CFC donors last year.  The CFC is trying to cut 20% each year from the campaign’s printing budget.

The CFC has committed to keeping paper catalogs and pledge cards for a total of five years, with this being year two.  They will be phased out completely by the 2022 campaign.

“We want to make the non-digital option viable for four more years,” said the CFC spokesperson, who emphasized that searching and pledging online does not need to be done through a computer, which many employees and military people don’t use at work.

“Once you create an account, you can make a pledge on any device – phone, tablet, laptop.”

The CFC’s marketing theme – “Show Some Love” – won’t be changed this year. Since the campaign will be using the same tools, the Outreach Coordinators will be able to work faster, the CFC believes.  The theme will be changed next year.

What about the CFC’s costs?

A big shock for charities this past year has been the percentage in fees taken by the CFC and often by charities’ federations.  The CFC subtracted 16.5% from each charity’s pledges, a far higher percentage than in the past.  At least one federation is charging its charities an additional 25%.

Ironically, one argument for the CFC’s big changes was that they would greatly lower costs.  Initially, the application and listing fees were supposed to cover the costs, allowing the CFC to say that all of a donor’s money was going directly to the charity.  So much for those arguments!

Costs actually went up last year by a million dollars, according to a recent Chronicle of Philanthropy article.

Why?  And will costs decline this year?

Costs went up mainly because of the expense of creating the CFC Administrative Center and two massive websites – the charity portal (where you apply and can find out how much you’ve been pledged) and the CFC donor portal (where employees make donations).

Costs also went up as the CFC created a new regional organizational infrastructure to run the campaigns.

To do this, “the government turned to its complex acquisition procedures,” explained Strauss of the Workplace Giving Alliance.  “This made sense in the abstract, but the awkwardness and rigidity of government procurement slowed everything down – and ironically drove up costs.”

Development of the websites is amortized over three years, with this being year two.  Costs should go down some by the 2020 campaign.

The cost of maintaining the websites and staffing the administrative center is set for five years.

The cost of the Outreach Coordinator network will also stay about the same, except for the 20% reduction in printing and distribution costs and a reduction in travel as Coordinators start working in their regions.

The hope is that this year’s campaign will raise much more money, thus lowering the percentage.

In relation to federations’ costs, these probably won’t decline much either, unless there is a big increase in the amount raised.  One challenge for federations is that many of their member charities have dropped out of the CFC.  This means fewer charities paying their costs.  At least two federations have gone out of existence this year.  There will probably be several more that do so.

For charities, the alternative is to go independent, which is easier as a result of two recent CFC changes (full applications only every three years; central processing of donations).

Charities can still choose to go independent this year, if they pay their listing fee as an independent charity.  We will be writing more about the pros and cons of charities staying in their federations.

For more about the CFC.

*For 2016, the CFC stats did not include overall totals for military donors, just the number of donors in each campaign.  Two campaigns had data errors: they reported tens of thousands more donors than people solicited.  We took out the data for these two campaigns to come up with an estimate of the total number of military donors in 2016.