How will the CFC's big changes impact giving this fall? 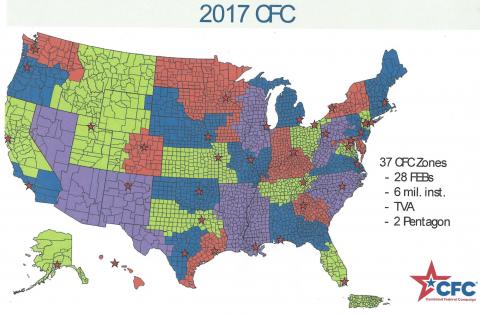 This fall’s Combined Federal Campaign will be run in a completely different way, the biggest changes in the federal charity drive in 30 years.

How will all this impact the CFC and your charity this fall?

Most charities opposed many of the CFC’s changes when they were proposed in 2013.  But many are glad the changes are finally being implemented after three years (the final rules were issued in 2014).   Because of the long delay, local campaigns have been run by the organizations (mostly local United Ways) that knew they were being phased out.  This may be one reason for the CFC’s declines during the past three years.

Which CFC changes will impact your charity?

Many of the changes stem from one change: how the CFC’s costs are paid.  In the past, these costs were paid by deducting a percentage from each charity’s CFC donations.  Charities that raised more money paid more of the costs.  Starting this year, the costs are paid for by fees.

Every charity that applied to the 2017 CFC knows about these fees: an application fee, a participation fee (paid after you’ve been accepted) and a federation fee (if a charity is part of a CFC federation).

But this new way of paying the CFC’s costs will impact far more than the application process.  It should also have a major impact on the campaign itself and how much charities actually receive.

Here are the major changes:

The fact that the CFC extended the application deadline twice (something never done before) may suggest that the CFC was getting fewer applications than expected.  The CFC said the extension was to make sure charities knew about the new online application process.

When the CFC releases the list of eligible national charities sometime this summer, we’ll have a better idea of how many fewer charities will be part of this year’s campaign.

The change to fees will be a boon for most charities that raise enough to stay in the CFC.  What charities pay in new fees ($2670 for most national charities, plus their federations’ fee), will be dwarfed by what they save.

As total CFC donations declined over the past few years, the percentage deducted from each charity’s CFC donations went up.  Last year it was an average of 14% (it varied from local CFC to local CFC).  Charities also paid a percentage to its CFC federation.  The total could add up to 20% or more.  This year, the new fees are supposed to pay the CFC’s costs.

It’s possible that the CFC will have to charge a third “distribution” fee if the first two don’t cover its costs.  This fee can be based on how much a charity raises, though our guess is that it will be a tiered fee, so that charities that raise more than a certain amount will pay a somewhat higher fee.  Even if the CFC must charge this fee for 2017, a large CFC charity like Make A Wish is going to receive a much greater percentage of its donations.

Plus, because of other changes, the CFC’s costs ($22.2 million in 2015) should be considerably lower this year.  Donations will be processed through a Central Campaign Administrator rather than through 125 local campaigns.  Most donations will be made online, not by cash or by filling in a paper pledge card. And the campaign itself will be run by 37 “outreach coordinators” rather than by local organizations.

This change to fees has been confusing to some CFC charities, who see that a large percentage is still being deducted from their donations this year, despite the fees they’ve paid.  The explanation: the costs of the 2016 CFC are being paid for by the money deducted from donations received this year.  This money was pledged during the fall 2016 CFC, but the donations are actually being deducted from employees’ payroll checks this year.  Next year – 2018 – is when charities will receive more of their CFC donations.

This was the big idea behind the change to fees.  The CFC and some CFC federations believed that many employees stopped giving to the CFC because they thought giving directly, often online, was more efficient.

Now the CFC will be able to tout the fact that all a donor’s gift goes to the charity.  Yes, charities are still paying the CFC’s costs.  But they are doing so in a way that is not related to a donor’s decision to support a particular charity.

This should be a powerful tool for promoting CFC giving.  We’ll certainly be touting this in our guides, our other CFC promotional options and our website.

The map above shows the zones. Here's the link to the list of former CFC campaigns included in each zone, as well as the geographic areas each zone includes.

This change away from local management of local CFCs is one reason many charities opposed the new rules.  They fear that eliminating local campaign management will hurt fundraising.

It takes a lot to organize hands-on events such as charity fairs within federal agencies and on military bases.  Campaigns also require a network of “key workers” who distribute pledge cards to co-workers, answer questions and remind people to give. Will the new outreach coordinators be able to organize and motivate these networks in multiple locations, sometimes in several states?  Or will they rely more on email and social media to reach employee/donors? Will that work?

On the other hand, with the CFC run locally, there hasn’t been a strong national campaign to sell giving through the CFC.  For many communicators and fundraisers, this has been frustrating, especially during the past few years, when federal employees often felt assaulted by the freeze on cost of living raises, several years of “sequesters” and other cuts to their programs, and the government shutdown (which occurred in the middle of the 2013 CFC campaign).

Nationally, the CFC never seemed to address these “elephant-in-the-room” issues that were undermining giving.  Certainly this year, with the political upheavals, there will be elephants in the room when it comes to giving through the CFC. The CFC is expected to have a national marketing organization develop a national campaign.

One potentially important factor: The CFC’s leaders have a lot invested in these changes, which they’ve spent years implementing.  They went ahead with most of the changes despite broad opposition.  They should be highly motivated to make the CFC succeed this year.

This is another major change in this year’s CFC, a change many have advocated for years.  With the CFC’s new online giving capacity, involving retirees has become more possible.

An Obama executive order signed last fall opened the CFC to retirees. Donations can be deducted from the pension checks former federal and military employees receive, which will be similar to how payroll deduction works.

Retirees will be included in this fall’s campaign.  How this will work is not yet clear.  The CFC’s National CFC Training in February did not address retiree giving.

But adding two million potential donors, many of whom had a long tradition of giving through the CFC, can’t hurt.

NEXT: How the political changes may impact this fall’s campaign.

To receive all our CFC updates and reports: [email protected].

To learn about our guides, website and other CFC promotion options, go to www.CharityChoices.com/Clients .