Viani stands with her son in front of her church in Peru where she helps people read and understand translated Scripture.
" For God’s Word to reach the Quechua, it has taken a large team and we thank you!" 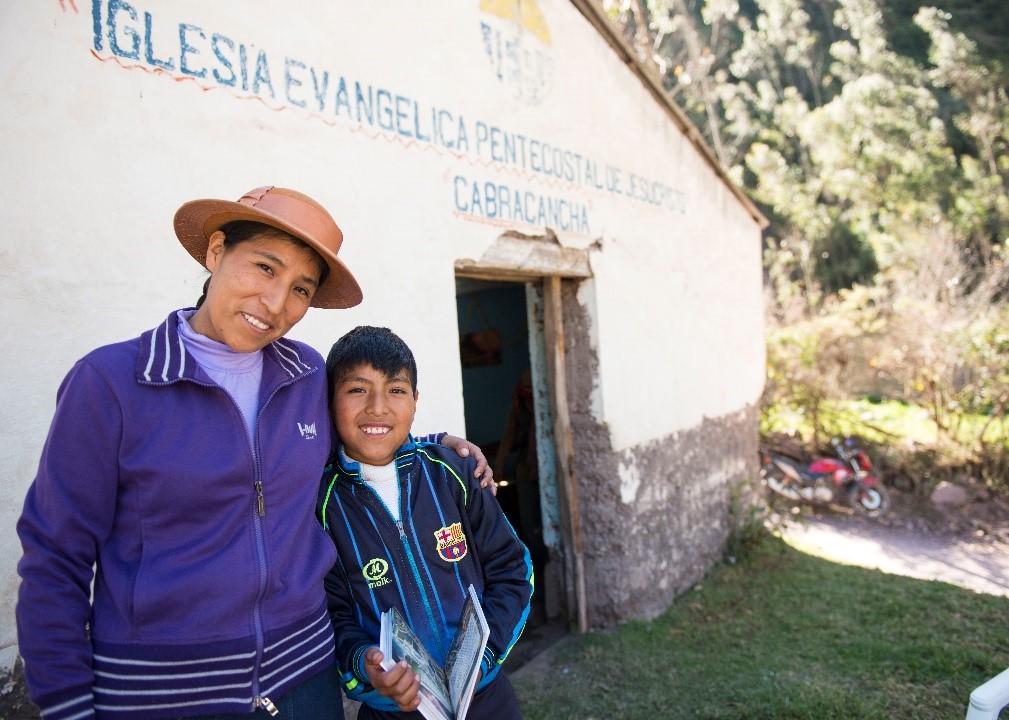 In the small village of Cabracancha nestled in the Andes Mountains of Peru, Viani Estrada listens to her son read a children’s book. Friends and family gather around, relaxing in the shade of their church building after an afternoon meal. He sounds out words in his language, Wanca Quechua, diligently working his way through the story of Noah and the ark. Some of the people, especially those in the older generation, have never been able to read Quechua and it’s a treat to hear a young person read it to them.

Viani nods along word-by-word. “I’m the pastor of our church,” she said. “It used to be that parents would not allow their children to speak Quechua. They’d force them to speak Spanish even though none of them really spoke Spanish very well. Since the arrival of the Wanca New Testament, they’ve valued Wanca much more and have begun reading it as a family.”

Viani remembers the beginning. “At first when people saw the New Testament, they said, ‘There’s no way we can use that; it’s too difficult! We don’t know how to read!’ But little by little, I read and taught them from the Wanca New Testament,” she said. “They became more and more comfortable with the idea of reading in their own language, and then they realized, ‘Oh, it really is easy! It’s written just the way we talk! There’s no problem with it.’”

Those who can’t read listen carefully to those who can. Then they recite those passages over and over until they memorize them. “Once they have it memorized, they have it in their hearts, and they know it,” she said. “They’re able to apply it to their own lives.”

Before Viani had the New Testament in Wanca Quechua, she tried to preach from the Spanish Bible. It was hard for everyone to understand — even Viani. But with new resources in Wanca, like the New Testament and children’s Bible storybooks, she and her congregation are excited about God’s Word like never before.

Idol worship has been another major roadblock for the Wanca Quechua congregation. “But since the arrival of the Wanca New Testament, they’ve discovered that a real God exists — a God who created everything, who created them!” Viani said. Now when they’re sick, they pray to God to heal them, instead of statues of plaster or carved wood.

Viani knows that transformation rarely happens in isolation. For God’s Word to reach the Quechua, it has taken a large team and we thank you! Wycliffe Bible Translators is grateful for all who take part in supporting translation and ​literacy projects like this one including those who give through the Combined Federal Campaign. 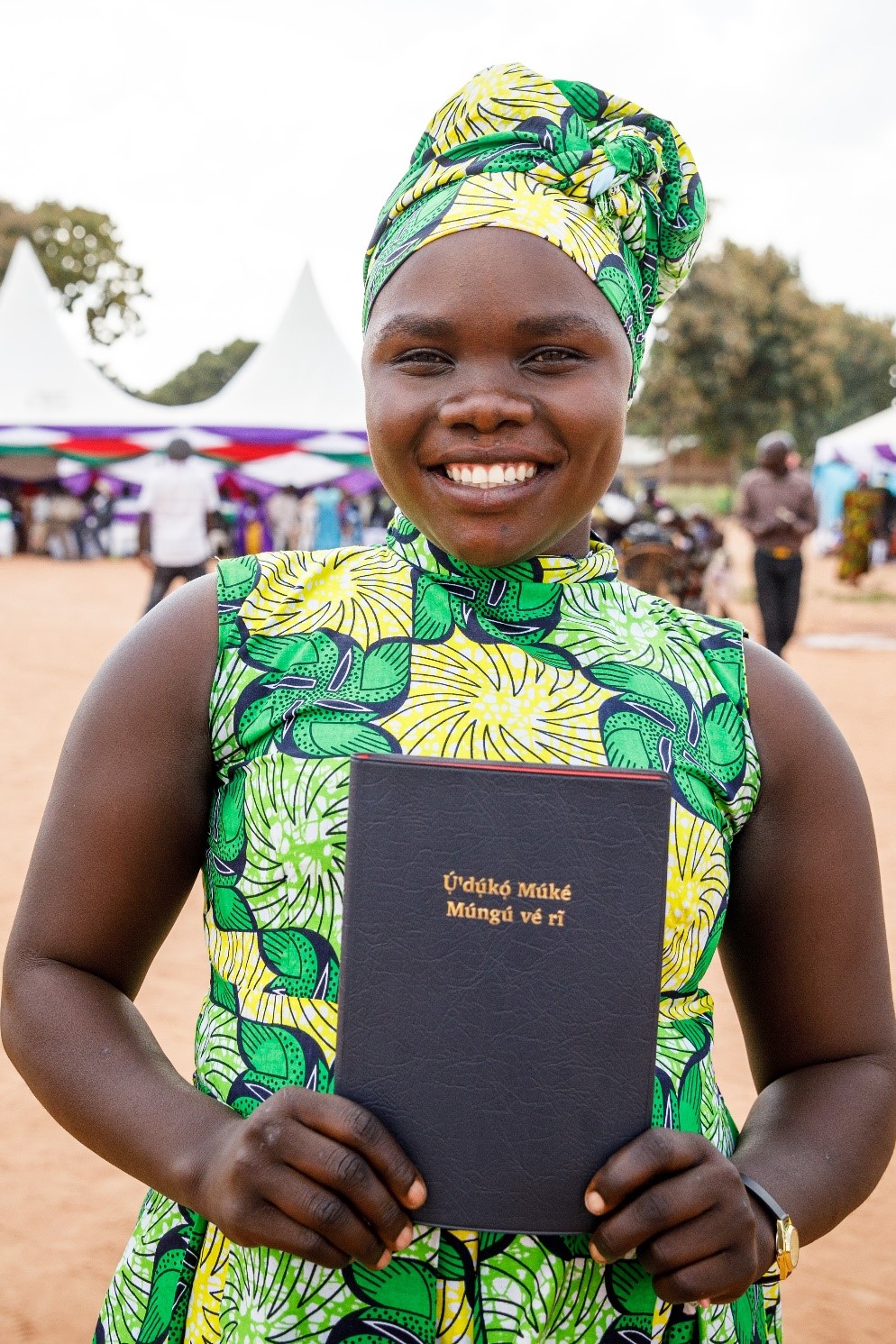 The 1,000th Scripture translation completed with the engagement of Wycliffe and partner, SIL, brings hope to the Keliko people of Africa. 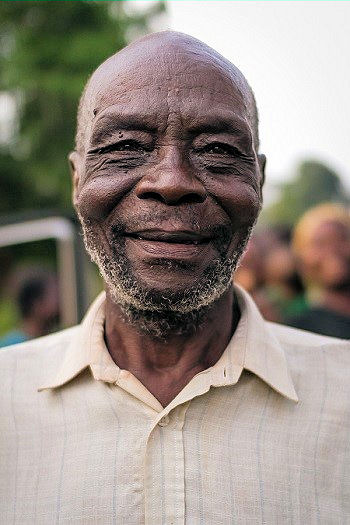 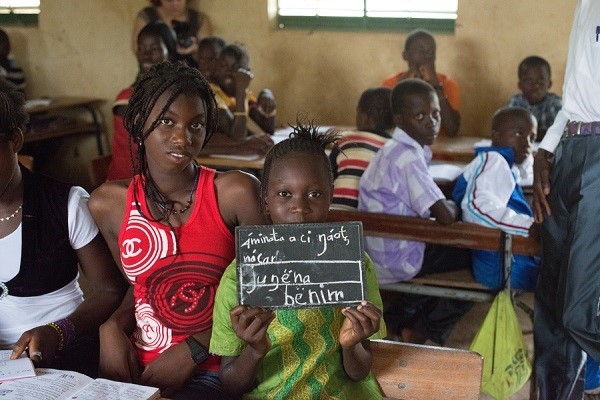 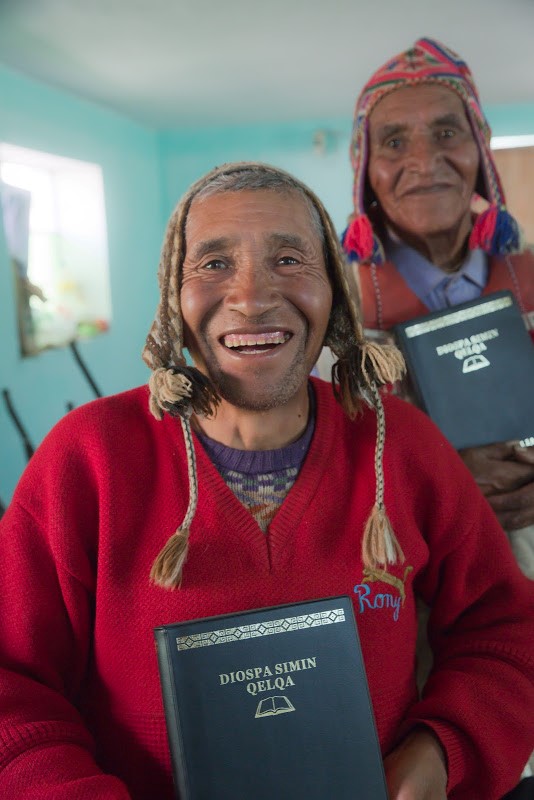 Here, Quechua men receive Scripture in their own language upon graduation from a literacy course.