Humane Society of the United States

Inside were three dogs huddled together, nearly all their fur missing. 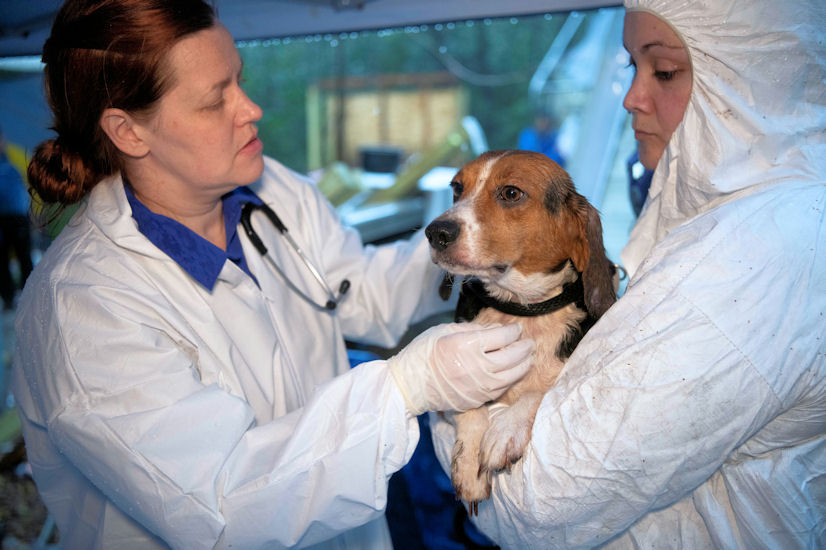 The Animal Rescue Team was called to assist a local Sheriff’s Office in Florida. They arrived on a densely-wooded, five-acre property in the pouring rain and found nearly 140 dogs, including several puppies housed in ramshackle, hutch-like structures. The hutches were filthy, caked with feces, and leaking from the heavy rain.

There were no permanent buildings on the property, just a few campers packed with more dogs. Inside were three dogs huddled protectively together, nearly all of their fur missing. The animals suffered from severe neglect—some had no access to food and water and most had skin conditions characterized by missing fur, sores and itchy skin. The dogs were in need of medical attention and TLC. Our team transported the dogs to a temporary animal shelter.

Like many, Junior, one of the dogs found on the property had skin issues and needed food and water which we provided, making a world of difference in his recovery.  He had been missing from his permanent family for more than a year. Junior scampered away for an adventure and once he was lost, he was unable to find his way home. The family searched but could not find him.

When they heard the story about the case, they sent photos and information to the Sheriff’s Office with hopes that their dog was one of the animals on the property. It was so heartwarming to reunite this family with Junior. The smiles said it all and this reunion made all the work worthwhile.

The Humane Society of the United States’ Animal Rescue Team works with law enforcement to investigate the worst cases of animal abuse nationwide. Every year, we rescue thousands of animals from puppy mills, animal fighting operations, natural disasters and other large-scale situations of cruelty and neglect. As we always find with these rescues, some of the animals visibly suffering are understandably nervous when they face their rescuers, but most are resilient and bond immediately.

In 2019, the Animal Rescue Team of the Humane Society U.S. (CFC # 11894) rescued 4,369 animals from crisis situations. We directly cared for more than 100,000 animals through our rescue team, veterinary programs and affiliated care centers and sanctuaries.

Humane Society of the United States 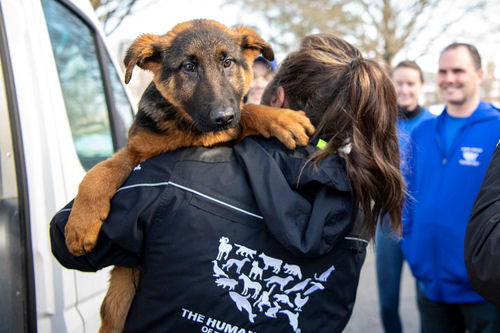 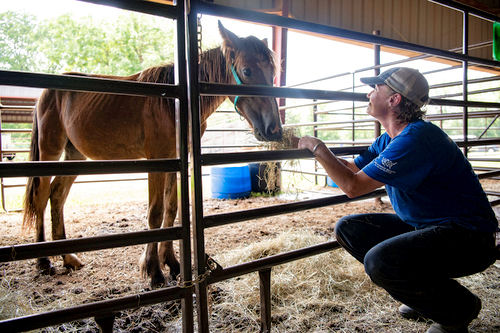 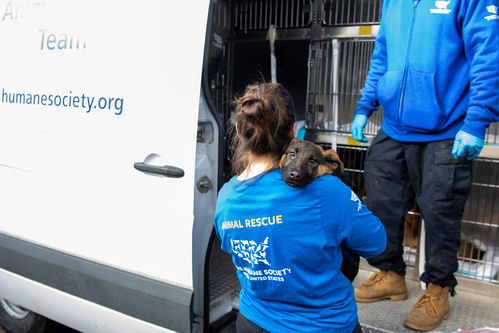