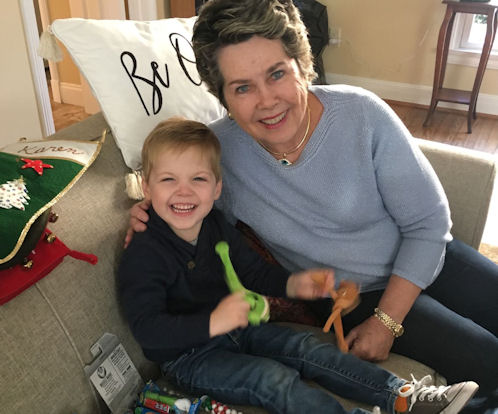 The Alliance for Cancer Gene Therapy (ACGT) was founded in the wake of a family’s loss: Edward and Barbara Netter lost their daughter-in-law to breast cancer in 2001. Out of a desire to find a positive note in the midst of that tragedy, the Netters channeled their energies into creating a resource for research into the most promising area of cancer treatment they could find: cell and gene therapies to treat — and potentially even cure — cancer.

In cell therapy, a person’s cells are modified outside the body before being injected back again, as a “living drug.” In gene therapy, a person’s genes are replaced, inactivated or introduced into cells to treat cancer. These therapies can move patients in the last stages of cancer – even those who have exhausted all options — into remission.

That’s exactly what happened to Connie Burnett, of Dallas, Texas, who was diagnosed with lung cancer and faced a grim prognosis. In 1999, she’d gone to her doctor with an unrelenting upper respiratory infection. A chest X-ray revealed tumors in both of her lungs. Diagnosed with non-small cell lung cancer, Connie was not eligible for surgery or radiation and was given less than a year to live.

After two unsuccessful chemotherapy regimens, Connie joined one of the first lung cancer gene therapy trials to test an innovative gene therapy. Some of her tumor cells were surgically removed and injected with a special gene, called GM-CSF. This created a “personalized vaccine” for her specific kind of cancer. The tumor cells carrying the GM-CSF gene replicated in her body and activated her own immune system to fight the cancer.

She was given six injections, three weeks apart. Miraculously, Connie was able to go back to work after each injection, with no side effects. Since treatment, Connie has only had two brief recurrences of cancer: once in 2001 and another in 2014. She was treated surgically both times and has remained cancer-free ever since.

Since then, Connie has traveled to 63 countries. She loves to spend time with her family when she is home in Dallas. “I am not a scientist, but I can tell you that gene therapy is the reason why I am here today,” says Connie. “While I am not comfortable with the word, ‘cure,’ I feel fortunate that my cancer is manageable and I am able to lead a full life.”

Connie’s gene therapy involved a simpler process than other therapies — it’s often a short treatment, as opposed to chemotherapy and other approaches that can take weeks, months or even years. By offering physicians and patients a way to stop cancer in its tracks, without the dramatic side effects associated with surgery, radiation and chemotherapy, it represents a bold and transformational direction in cancer therapy.

Statistically speaking, Connie’s case is the exception rather than the rule. But it doesn’t have to be. Following landmark approvals of gene therapies by the FDA, new treatments are being tested in clinical trials around the world. Rather than an experimental last resort, cell and gene therapies have the potential to be game-changing treatments on the front lines of cancer.