"We are quick to bandage the wounds we see, but like the Good Samaritan, we don't stop there." 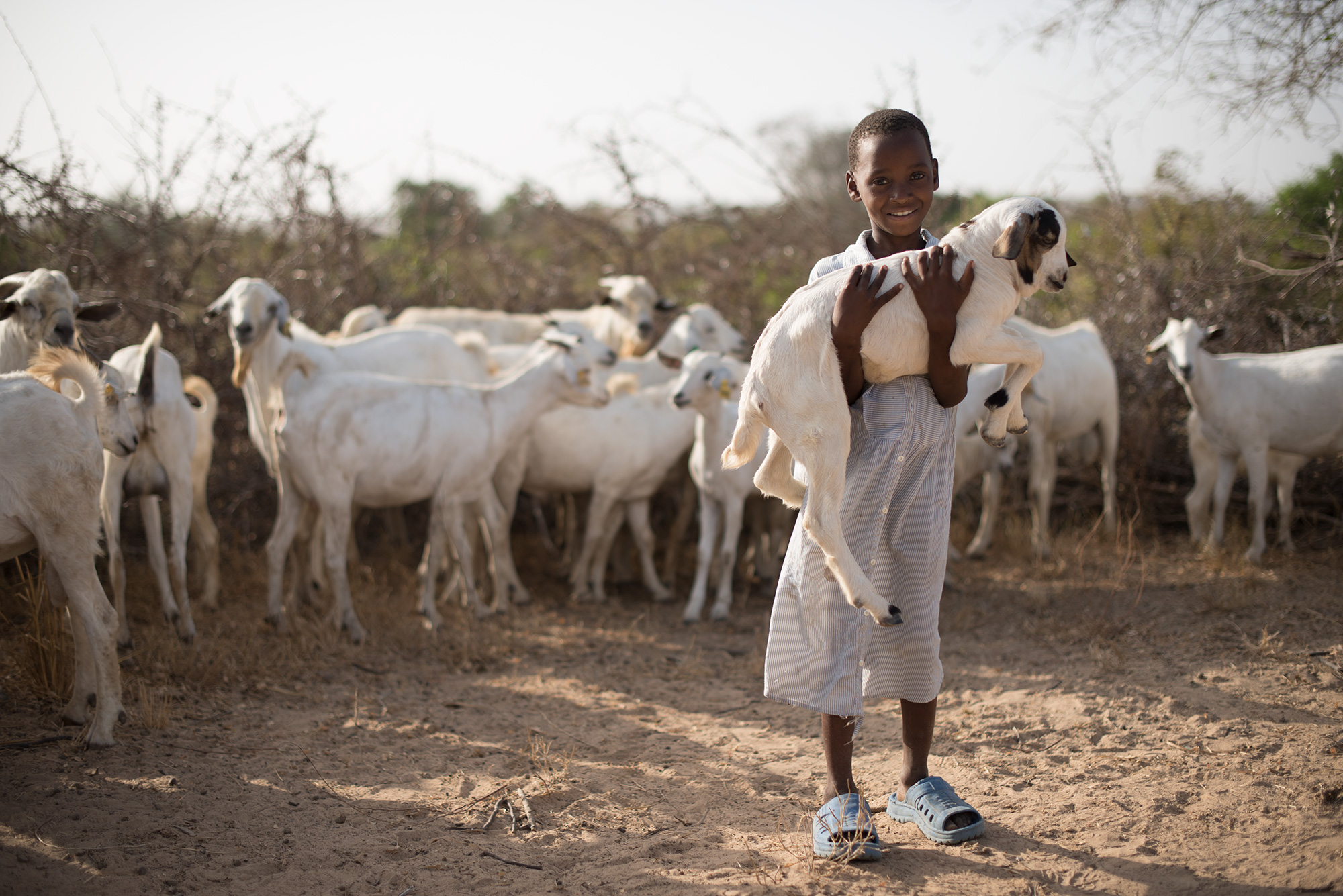 Jesus’ parable of the Good Samaritan gives us a clear picture of His desire for us to be neighbors to those in desperate need wherever we find them (Luke 10:30-37). Unlike others who passed by, when the Samaritan saw the man who was robbed and beaten “he took pity on him…and bandaged his wounds.” Then “he put the man on his own donkey, brought him to an inn and took care of him.” After describing this, Jesus told his audience, “Go and do likewise.”

It was this parable and his now famous prayer, “Let my heart be broken with the things that break the heart of God,” that His mission for this organization was "to meet emergency needs in crisis areas through existing evangelical mission agencies and national churches."

In the summer of 1973, Bob Pierce met his eventual successor, an adventurous young student named Franklin Graham with a growing heart for world missions. Intrigued by his many stories from the field, Franklin began to spend more and more time with the seasoned Christian statesman. In 1975, he accompanied Bob on a life-changing tour of some of the world's neediest mission fields. God captured Graham’s heart for missions.

Bob Pierce died of leukemia in 1978, and a little over a year later, Franklin Graham became the President and Chairman of the Board of Samaritan's Purse. Through over 30 years of earthquakes, hurricanes, wars, and famine, Franklin has led the ministry in following the Biblical example of the Good Samaritan all across the globe. God has blessed the organization under Franklin's leadership, and the ministry has seen explosive growth.

For over 40 years, Samaritan’s Purse has done our utmost to follow Christ’s command by going to the aid of the world’s poor, sick, and suffering. We are an effective means of reaching hurting people in over 100 countries around the world with food, medicine, and other assistance in the Name of Jesus Christ.

When disasters strike around the world, Samaritan’s Purse responds immediately, quickly mobilizing staff and experienced relief workers to partner with local churches to provide critically needed disaster relief to people in need. Our crisis and disaster response programs provide desperately needed assistance to victims of natural disasters such as the devastating earthquakes in Haiti, Ecuador, and Nepal as well as to large-scale refugee crises in Europe, the Middle East, and Africa. As we offer food, water, and temporary shelter, we meet critical needs and give people a chance to rebuild their lives.

Our community and vocational development helps people break the cycle of poverty and gives them hope for a better future. We reach children through literacy and health education, feeding programs, and warm clothing that let them know they are not forgotten. We also share the joy of Christ through our Operation Christmas Child shoebox gifts and disciple children through The Greatest Journey. We also reach vulnerable women who are victims of domestic violence and human trafficking.

In the Name of the Great Physician, we provide quality medical treatment to people who do not have access through our medical projects, and supply mission hospitals with much-needed doctors, equipment, and supplies. We also help hurting people in the United States, including wounded U.S. veterans and their spouses and homeowners devastated by natural disasters.

As our teams work in crisis areas of the world, people often ask, “Why did you come?” The answer is always the same: “We have come to help you in the Name of the Lord Jesus Christ.” Our ministry is all about Jesus—first, last, and always. As the Apostle Paul said, “For we do not preach ourselves but Christ Jesus as Lord, and ourselves as your bond-servants for Jesus' sake.” (2 Corinthians 4:5, NASB).

"Go and do likewise," Christ commanded. So we do. Samaritan's Purse travels the world's highways looking for victims along the way. We are quick to bandage the wounds we see, but like the Good Samaritan, we don't stop there. In addition to meeting immediate, emergency needs, we help these victims recover and get back on their feet. 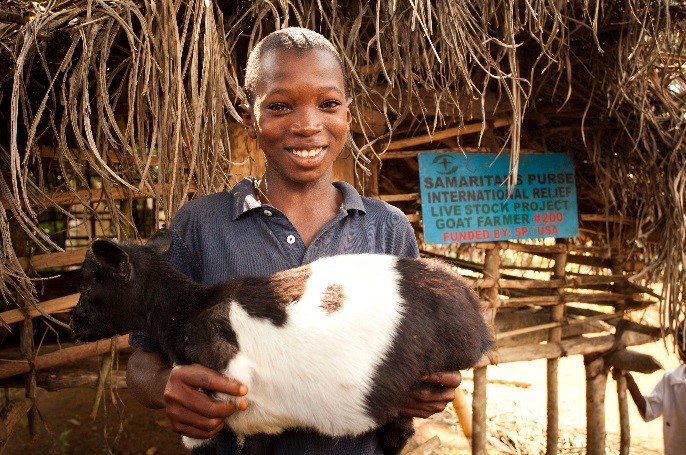 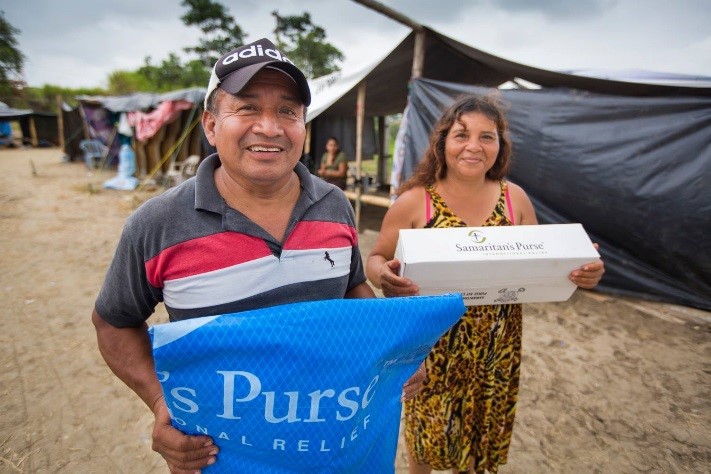 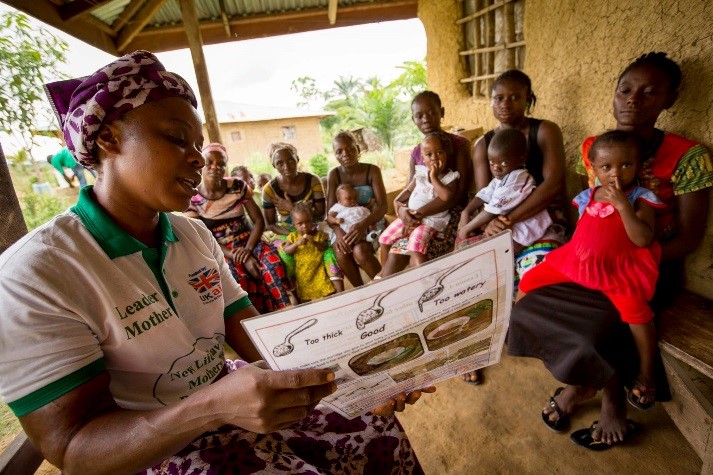 Maternal and Child Health projects teach women how to care for their babies, before and after birth. 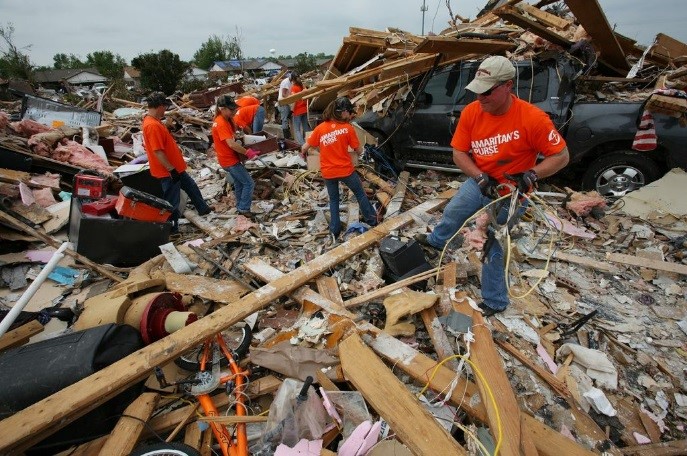