Humane Society International leads the way in animal protection. With hundreds of thousands of supporters, we are a voice for all animals. We educate, investigate, advocate and act, working to prevent cruelty and promote compassion.

With your help, we are shaping the dialogue to catalyze animal welfare reform and influence public opinion, corporate priorities, legislative action and governmental collaboration.

We continue to push the incremental but steady shift in people’s mindsets to increased awareness of welfare issues, better-informed consumer choices and support both for initiatives providing relief to animals and laws mandating their protection.

With the support of donors and advocates, we are endeavoring to create a humane and sustainable world for all animals, including people, through education, advocacy and the promotion of respect and caring.

Your support for Humane Society International helps us achieve victories for a more humane world. Your generosity and commitment to the cause make our lifesaving work possible. Your gift plays a critical role in getting us closer, every day, to a society that is truly humane, protecting all animals, everywhere.

Active on nearly every continent, HSI is one of the few international animal protection organizations working to protect all animals—including animals in laboratories, farm animals, companion animals and wildlife.

We are deeply committed to extending our reach and to expanding our services and support to local organizations around the world.

Throughout 2018, Humane Society International has driven transformational changes for animals around the globe.  Here are some of HSI’s most important victories of 2018:

Making the world a better place for farm animals - expanded our efforts to eliminate battery cages for egg-laying hens around the world. Through our hands-on plant-based culinary programs, we trained chefs in school districts, universities, corporate cafeterias and other institutions in countries like Brazil, Canada, South Africa, the UK, Vietnam and throughout the European Union to transition tens of millions of meals a year to 100 percent plant-based.

HSI successfully advocating for historic improvements in the World Organization for Animal Health’s recommended guidelines on the welfare of pigs. Vietnam’s legislative body, the National Assembly, adopted language that covers the welfare of farm animals and animals used in scientific research.

Rescuing animals trapped in natural disasters  - HSI’s disaster response team provided on-the-ground relief work following the Volcan de Fuego eruption. HSI responders provided emergency treatment to dogs, cats, chickens, horses and other animals, more than 900 in all. In India, we helped with the rescue, treatment and care of animals after floods devastated the state of Kerala and its surrounding states, rescuing more than 200 animals.
Winning legal and legislative battles for animal protection HSI/Canada and its partners campaigned extensively banning the hunting of grizzly bears and trophy hunting In Mexico, the states of Chihuahua and Yucatan passed strong dog fighting legislation.

Making progress on ending animal testing - Japan and South Korea announced the end of year-long pesticide poisoning tests on beagle dogs. HSI has led the global campaign to abolish this test since 2010. In India, pesticide safety standards were amended to include reduction in animal usage and replacing animals with non-animal methods. In Brazil, HSI successfully campaigned for a cosmetic animal testing ban in the state of Minas Gerais, making it the seventh Brazilian state to ban this practice. The world’s second largest beauty brand, Unilever, announced its support for the #BeCrueltyFree campaign led by HSI, aimed at banning animal testing for cosmetics across the globe within five years.

Striking against dog meat and other companion animal cruelties - In 2018, we closed our 13th dog meat farm in South Korea and rescued more than 200 dogs, bringing the total of dogs rescued since we started this work to almost 1,600. We also strengthened our partnerships with leading Korean animal groups, and assisted Seongnam city council in shutting down and demolishing South Korea’s largest dog slaughterhouse. In China, HSI assisted in the closure of four slaughter operations of the country’s dog/cat meat industry, leading to the rescue of more than 300 dogs and 375 cats. In July, HSI provided immediate assistance with a rescue that resulted in the confiscation of 110 dogs. We also helped rescue 137 dogs from the Yulin dog meat festival.

We couldn’t have done any of it without you. Thank you for standing with us, for all animals. 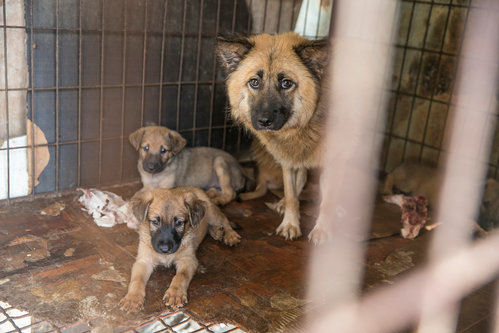 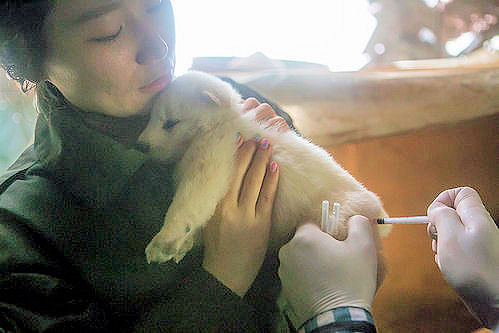 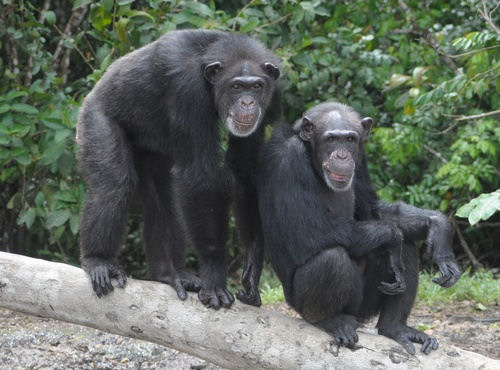 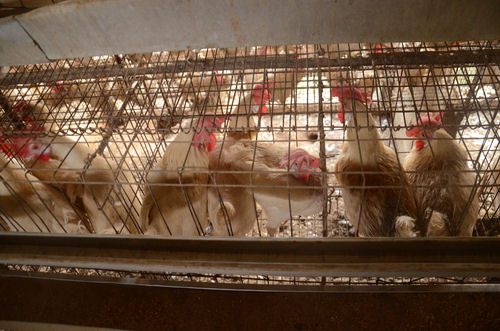